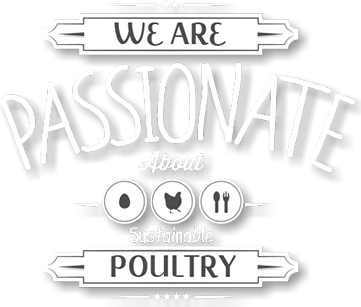 SPN–USA is all about creating local and regional food movements, specifically with standard-bred heritage poultry for meat and eggs. Join the movement today. Contact us below with your questions, ideas and comments.

Founder and President of SPN-USA 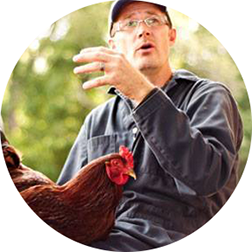 Jim loves people and he is passionate about poultry! For the past 35 years, he has raised over 50 breeds and varieties of standard-bred poultry (that includes chickens, ducks, geese and turkeys). Jim has been teaching poultry field days and workshops for the equal amount of time throughout the United States and in other countries as well. In 1994, he received his poultry judging license from the American Poultry Association; which has taken  him to 35 plus states, Canada as well as Australia to judge standard-bred poultry. He is a passionate, effective communicator who loves poultry and loves to teach people about the available opportunities with standard poultry. He is one of the most requested workshop and keynote presenters in North America!

Adkin’s writings have included many articles for “Backyard Poultry,” “The Poultry Magazine,” “Poultry World” and “Poultry Press.” He is a regular blogger for “Mother Earth News and “Sustainable Poultry Network–USA,” and  he also provided some research and writings for the newly published book, “Storey’s guide to Raising Turkeys.”

Jim started his poultry interest as a young man who grew up in 4-H, raising and exhibiting poultry in southwest Washington State. For several years he worked in the commercial turkey industry, supervising several ranches that raised over 450,000 turkeys, annually. Because of the popular demand for the old heirloom breeds of Standard-Bred poultry, he founded the Sustainable Poultry Network–USA in 2010. Adkin’s continues to travel the world speaking, instructing, coaching and mentoring poultry enthusiasts.

DEVELOPING SUSTAINABLE POULTRY PRODUCTION MODELS THROUGHOUT NORTH AMERICA AND BEYOND

WHAT THE FARMERS SAY...

The wide breadth of poultry training and hands-on coaching provided by Jim Adkins and SPN-USA has been fundamental to the success of my fledgling chicken enterprise. The husbandry standards required for SPN-USA Flock Certification give real meaning to the quality of life for the poultry SPN-USA Breeders are producing. All these factors combine to make SPN-USA the premiere poultry breeding organization in the United States.

It was a great pleasure to host the SLOW POULTRY Seminar here in central Oregon. Passionate people make the best educators — and Jim Adkins is no exception. You really should attend a seminar as soon as possible! There is nothing like this anywhere!

Jim and SPN-USA have been an invaluable resource and support for my farm  business based on raising and selling Organic Heritage Breed meat chickens.
Their work and dedication pushes the greater movement of heritage
chicken production and education forward.

Jim continues to give me the tools and information that I need in order to realize
my dream of providing local, sustainable, heritage poultry for the families in my community. I would encourage anyone with an interest in sustainable poultry production to join this amazing network!

I believe SPN-USA’s determined adherence to promoting, improving, and marketing productive heritage birds that are APA Standard Bred is an invaluable and underestimated service to America’s families and farmers.